Disclaimer- I am a JoAnns affiliate, which means if you purchase a product from one of my links, I may receive a small commission at no extra cost to you. You can check out more about this on my Private Policies page.

Everyone says crocheting can be so relaxing- and it can. I often find myself crocheting and getting into a rhythm, so much so, that when I finally come out of my daze- two rows have been completed on my blanket and I didn’t pay attention to any of it!

That is until you find…. The knot.

Ah, yes. The knot. It may take a while to find but it is always there, in any skein of yarn… lurking… waiting to be found and ready to pounce on the unexpected crocheter as she flies through her work!

Over-dramatic? Maybe a tad. But, you get where I’m coming from!

However, is there a way to prevent tangled yarn? Does the string you pull from make a difference if the yarn tangles of not? I’ll answer all of that and more today!

So without further ado…. Let’s get started!

P.S. Want to check out the video where I talk about this? Check it out here!

Can the way I pull my yarn cause it to tangle?

Center pull vs. outside pull?

The long harshly debated issue by crocheters. Which side do you fall on? Let’s take a look at the advantages and disadvantages of each!

I’m more partial to this method myself as I find it easier to pull the yarn from the center and my yarn skein doesn’t fly all over the place! The skein stays still, for the most part, and I can crochet in peace without feeling like I have a wiggly baby on my lap!

Once you get more towards the end of the skin, oh gosh, here comes the big glop of tangled MESS of yarn straight from the center. We all knew it was coming. It happens every time. And if I didn’t wind my yarn into a ball straight away, I will now! Or, I’ll wait until I simply can’t stand the tangled mess my yarn has become and THEN I will roll it into a ball, hah

As I said before, this is not my preferred method but I am doing my best to remain unbiased in this “review”. However, when I choose the wrong strand, (which would be the outside pull strand) I often find myself chasing the yarn all over the couch, my computer, my husband’s lap and most importantly- the floor! And… obviously, you’d be chasing yarn! Its all wound around the whole outside! It’s not neatly tucked away in the center. I also don’t believe pulling this way will avoid tangles, I find the longer I crochet with yarn on the outside, the more the string from the inside will unravel and become tangled with the outside anyway!

Overall, I think no matter which string you prefer to pull, the yarn will always become tangled near the end of the skein!

So…. What can you do about it?

I’ve done this a time or two when I had a paper towel roll empty and I gotta say, it works pretty well. It keeps your yarn untangled for the most part but I also notice that occasionally, the yarn can fall off from the sides and end up tangled again! I’ve had that happen a few times as well, which is one of the reasons I stopped this method! (It also had a little to do with the fact that I never remember to keep the empty rolls and I always throw them out but… we won’t get into that!)

Rolling into a ball

This is the best method I’ve seen for preventing tangled yarn. It’s less likely to get re-tangled and more likely to keep its perfect little ball shape.

So how do you roll your yarn into a ball? I created a YouTube video talking about this post, and show you how to create a yarn ball! (Skip to 6:01 for just the yarn ball part!)

Some people do this when they first get the skein to avoid a headache mid-project and I have to give props to those people- because I am not one of them!

I’d rather use the yarn until I found a tangle then continue to use said yarn (with tangles) until the tangles get too annoying to ignore anymore…. And THEN I roll my yarn into a mess-free ball. Sounds more complicated? Maybe it is, but I’d call it lazy. Hah!

The disadvantage of rolling your yarn into a ball however is- and this may shock some of you- it will roll away from you.

Because… *duh* its a ball…. That’s what balls do. So how do you FIX that issue?

Girl do I have the thing for you!

Its a bowl specifically designed for yarn balls to be placed in and used so they don’t roll all over the place!

As you can see, the yarn sits in the bowl and the yarn is fed through the slit in the middle!

I know it may sound silly to pay money to keep your yarn in place, trust me, I was skeptical at first too. But, I finally broke down and bought one and now I can’t live without it! If you plan to do a ton of crocheting, this is the product for you! It’s a real headache saver!

View all posts by BusinessWomenThrive

This site uses Akismet to reduce spam. Learn how your comment data is processed. 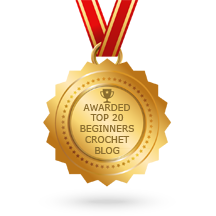